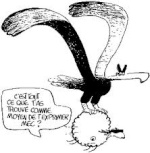 
"I thought I’d share a fun experience that took place last month at Pelican Hill Golf Club, one of the two golf courses where I teach. Bubba Watson showed up with a group of friends with three golf balls in his pocket and a 20-degree hybrid. That was it.

Are you wondering if Bubba’s other 13 clubs were hijacked on the way to the course? I know I did. But Bubba told one of our staff members that he sometimes gets bored using 14 clubs, and occasionally wants to challenge his shot making skills by playing a round with only one club.

In impressive fashion, Bubba shot 81 on the Tom Fazio-designed, par-72 championship golf course. That’s a wonderful illustration of what excelling at the game of golf is really about: having multiple skill sets that give any golfer the ability to control the golf ball with whatever club they have in their hands and whatever swing they bring to the course.

This is such an important concept for golfers of all abilities to embrace, because too many get stuck in the mold of waiting until their technique is perfect before they start to learn how to hit different shots. Here’s a simple analogy to destroy that logic: when you learned how to hold a pen, did you wait until your technique was perfect before you attempted to draw or write?

It is never too early or too late to learn how to control the golf ball, regardless of where you are in your journey of trying to achieve a “perfect swing.” There are so many golfers in the history of the game who didn’t have perfect swings, but they still managed to beat all the players who did. That should tell you that your quest for a perfect golf swing is likely shortsighted. The only way to get dramatically better at golf is to grow all aspects of your game. Don’t get stuck in the rut of perfection that we know is unattainable.

Even if you don’t know how to execute one of the shot patterns, try it anyways. It’s a learning experience, and the feedback you will gain will be worth your while. Grade yourself on each shot (a score of “1″ is bad, a score of “10 is perfect) and take detailed notes during the drill about you ball contact, distance, direction, trajectory and the shape of shots that you were producing". 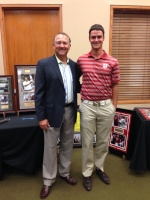